Three years in the making, ex Oceano is a creative venture in sound – a collaborative expression between disciplines and understandings.

Ocean researchers expressed their science to a composer. The composer expressed that science back to them in sound – in the making of a symphony – a way to generate a different experience of ocean science and promote understanding of the role of the ocean in supporting life.

The ex Oceano tag on the main menu allows you to follow the full story of the making of the symphony – but first . . .

Meet the guys doing the research

The other CO2 problem – ocean acidification

The scholarship supports research concerned with the chemical changes in seawater around the coast of the Australian Antarctic Territory.  In particular, the changes in carbonate chemistry (a processes that buffers changes in ocean pH and influences biological activity) resulting from anthropogenic ocean acidification.

The vital role of phytoplankton in planetary metabolism

My work looks at the microscopic life that lives in the sea – the phytoplankton. Phytoplankton are the microscopic plants responsible for almost half the photosynthesis and primary production on our planet. Through photosynthesis these tiny organisms produce oxygen and soak up carbon in every body of water on earth. Consider that the oxygen in every second breath we take comes from phytoplankton and their vital importance to our everyday lives and the health of the planet becomes apparent.

The central focus of my work is the use and assimilation of a long term, that is >10 years and continuing, biological and oceanographic dataset from the Southern Ocean south of Australia. 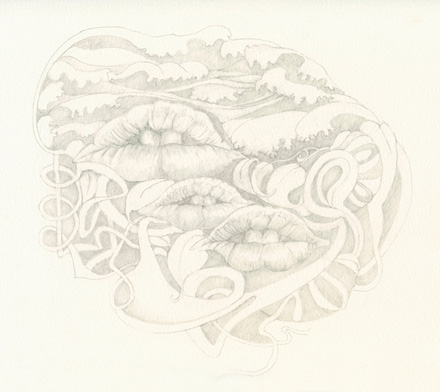 Your Lips Are Ours 1:  every second breath we take – a key phytoplankton function;  © SJ Anderson

A unique comparison of coastal water monitoring near Australia’s Davis Station in East Antarctica has shown a significant increase in the acidity level of seawater, consistent with changes expected from elevated carbon emissions from human activities.

The absorption of atmospheric CO2 by the oceans causes chemical changes in the seawater, known as ocean acidification, with demonstrated impacts on many marine organisms.

The study, published this week in the journal of Marine Chemistry, is the first to observe changes in seawater acidity over decadal time-scales in East Antarctica and shows the changes measured were nearly twice as large as those expected from atmospheric CO2 uptake alone.

Lead author of the study, University of Tasmania and CSIRO’s Nick Roden, spent a year in Antarctica in 2010 collecting the seawater samples. The work followed an observational program initiated in 1994 by Dr John Gibson from the Australian Antarctic Division.

The seawater samples were collected for analysis by drilling through 1.5 metres of sea-ice, often in temperatures as low as -30°C.

“The surprise was that the change in the acidity level was so large, indicating that natural and human induced changes have combined to amplify ocean acidification in this region,” said Nick Roden.

Previous studies have suggested that if future CO2 emissions continue unabated, Southern Ocean waters could become corrosive to some calcifying organisms by the year 2030.

Because the coastal waters around Antarctica support iconic ecosystems of great conservational value, the combination of changes observed in this study is concerning, as it may accelerate the impacts that ocean acidification will have on food webs in this environment.

“The study highlights the importance of long-term observational programs and the need to understand how future climate related changes will influence ocean chemistry in this area,” Mr Roden said.

Nick’s research is published as:

The annual cycles of dissolved carbon dioxide (CO2) system parameters were determined for a coastal site in East Antarctica using samples collected from May 2010 to February 2011 in Prydz Bay. These observations show the seasonal influence of ice formation and melt, biological production, and air–sea CO2flux on changes in total dissolved inorganic carbon (DIC), pHsws and the saturation state of aragonite (Ωar). Net community production of 1.8 ± 0.4 mol C m− 2 in the productive summer months (November–February) caused large seasonal decreases in DIC. The decrease in DIC caused a change in surface water partial pressure of CO2 from values over-saturated with respect to the atmosphere in the ice-covered winter period, to undersaturated waters in the summer months. The study site was estimated to be an annual net sink for CO2 of 0.54 ± 0.11 mol C m− 2 year− 1. The calculated pHsws and Ωar values varied seasonally from 7.99 to 8.20 and 1.19 to 1.92, respectively. The observed variability was compared to similar measurements carried out in 1993–95 at the same location. Natural variability in carbon cycle dynamics caused changes in pHswsthat were nearly twice as large as those expected from changes estimated due to the uptake of CO2 from the atmosphere over this time, assuming that the surface waters tracked increases in atmospheric CO2. This highlights the difficulties associated with predicting trends in seawater pH and dissolved CO2 system parameters in dynamic, high latitude, coastal locations with sparse temporal and spatial carbon cycle observations.

Nick is an accomplished cinematographer and his spectacular Antarctic footage will be used in the arts/science collaboration planned for this topic. He was part of a scientific survey and sampling trip which ran alongside the Mawson Centenary celebrations in early 2012.  He made this excellent report for Lynchpin which gives us a glimpse of the commitment and effort made by scientists to plot the changes happening within the oceans that have significance for us all.

Watch Nick’s video from the trip:  The Changing Ocean

And be part of an artist’s response to Antarctica:  Nick interviews Wendy Sharpe about the experience of being part of the Mawson Centenary voyage.

Rob’s research is published as:

[1] Remote sensing of Southern Ocean chlorophyll concentrations is the most effective way to detect large-scale changes in phytoplankton biomass driven by seasonality and climate change. However, the current algorithms for the Sea-viewing Wide Field-of-view Sensor (SeaWiFS, algorithm OC4v6), the Moderate Resolution Imaging Spectroradiometer (MODIS-Aqua, algorithm OC3M), and GlobColour significantly underestimate chlorophyll concentrations at high latitudes. Here, we use a long-term data set from the Southern Ocean (20°–160°E) to develop more accurate algorithms for all three of these products in southern high-latitude regions. These new algorithms improve in situ versus satellite chlorophyll coefficients of determination (r2) from 0.27 to 0.46, 0.26 to 0.51, and 0.25 to 0.27, for OC4v6, OC3M, and GlobColour, respectively, while addressing the underestimation problem. This study also revealed that pigment composition, which reflects species composition and physiology, is key to understanding the reasons for satellite chlorophyll underestimation in this region. These significantly improved algorithms will permit more accurate estimates of standing stocks and more sensitive detection of spatial and temporal changes in those stocks, with consequences for derived products such as primary production and carbon cycling. 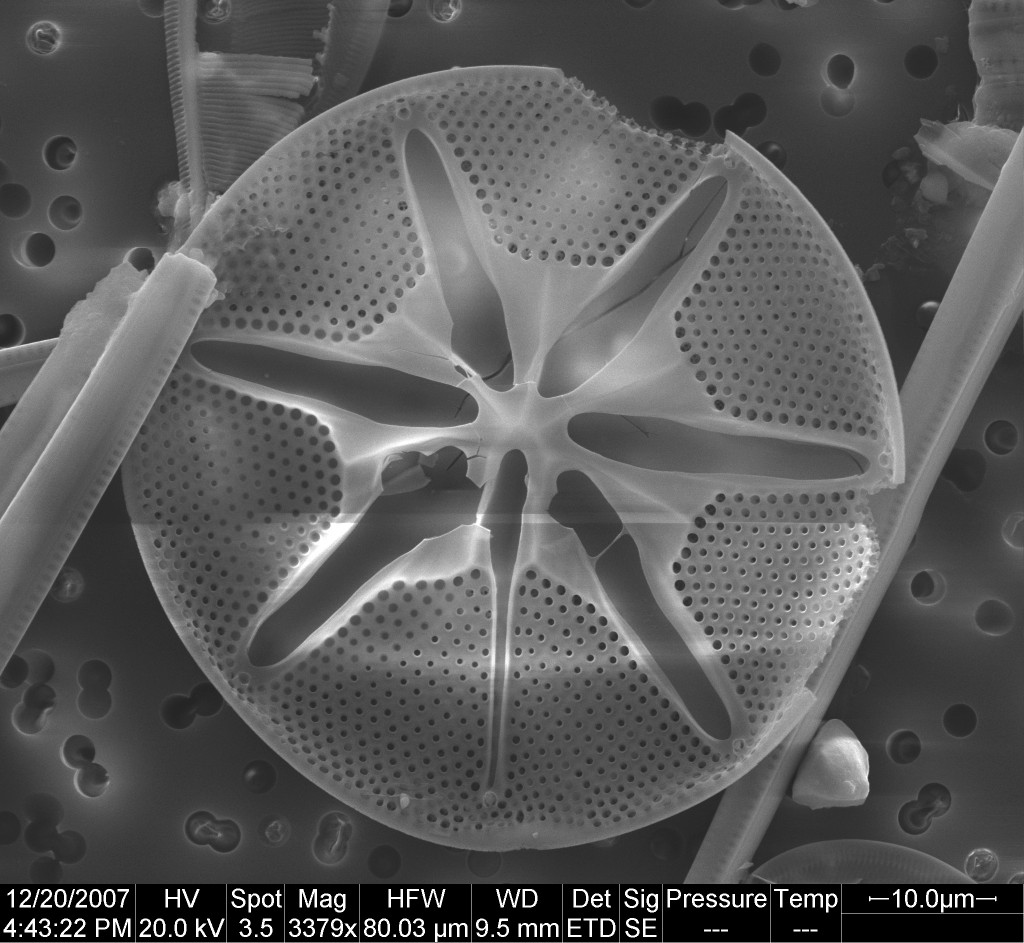 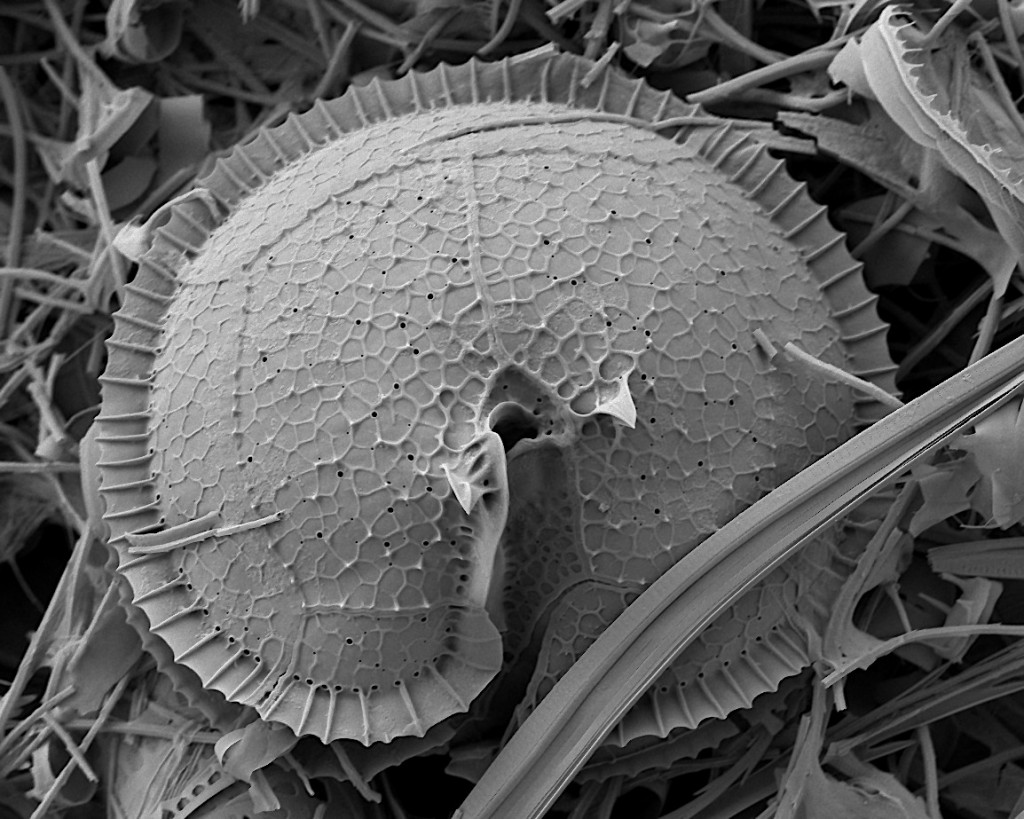 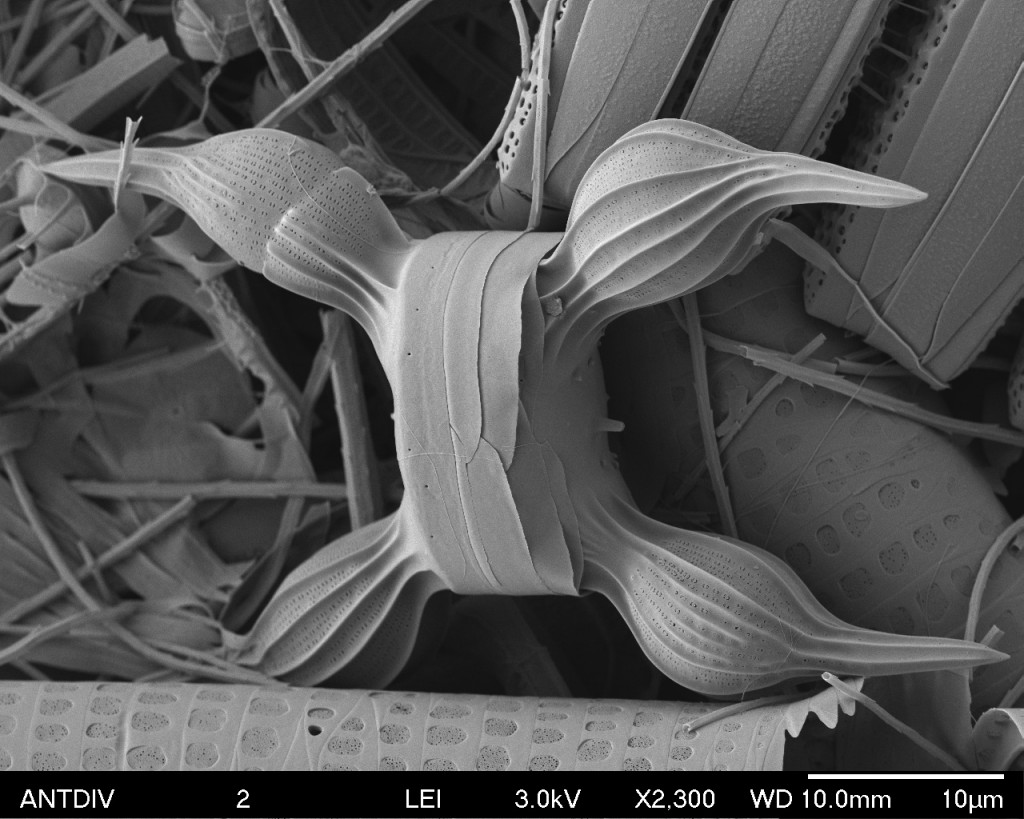 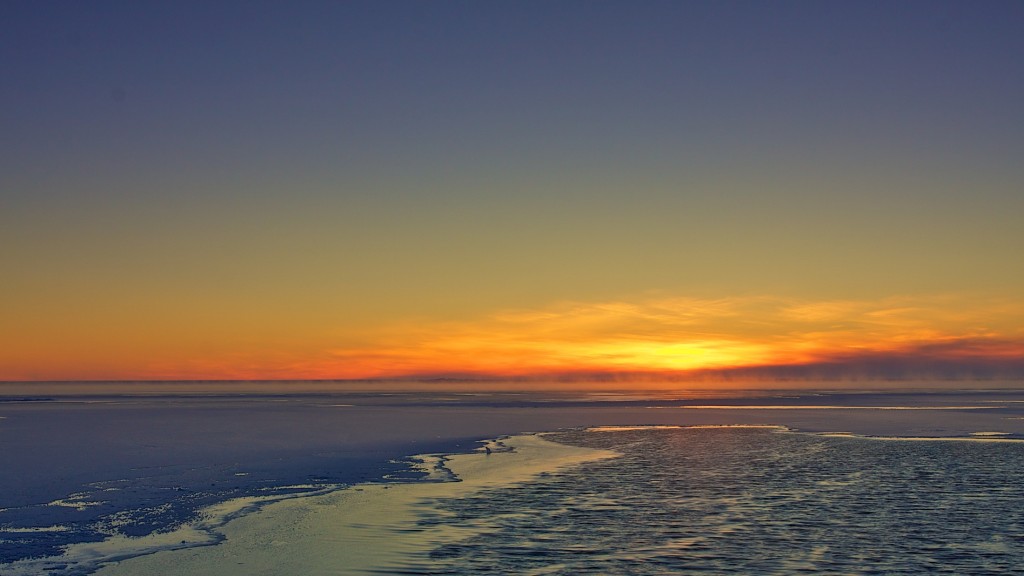