The intricate and painstaking task of sampling and data collection, observation and interpretation involved in science research,  reveal extraordinary information about the interconnections and balance of the natural environment on which we depend.

The role of the oceans is central to this balance, yet little understood in the community as a whole; the important ‘symptoms and signs’ of change not universally received.

Lynchpin Scholarships offer a meeting place between disciplines – ocean science and the arts.

Lynchpin is an invitation to dialogue; a space where scientists articulate their science to communicators working in a different genre – an experiment of a different kind.

The Lynchpin site will highlight aspects of ocean science through the research of our scholarship holders and the response of arts collaborators.

The program is endorsed by the University of Tasmania’s Institute for Marine and Antarctic Studies
(IMAS) – translating nature into knowledge.

The Significance of the Southern Oceans

Tasmanian sits on the edge of an area of significance to global ecosystems:

The Southern Ocean is a key area of exchange of carbon dioxide with the atmosphere – the so-called ‘biological pump’.(2)

About half of all carbon dioxide released by human activities is now found in the world’s oceans and about a third of this has been taken up in the Southern Ocean. As carbon dioxide continues to dissolve in the ocean it increases ocean acidity, making it harder for some marine organisms to form shells and the organisms may be unable to function properly… (3)

Of concern is a recent finding of a drop of 35% in skeletal weight in a researched pteropod species of the Southern Ocean.

The Southern Ocean is a biogeochemical ‘harbinger’ for the impacts of acidification that will spread throughout the global ocean.(4)

The Southern Ocean, which connects the Atlantic, Indian and Pacific Oceans, is defined variously in different studies. Here we consider it as that region south of 30°S (Bindoff et al., 2007). This latitudinal band stores more heat and carbon dioxide than any other latitude band on Earth. The dominant influence of the Southern Ocean on global climate and the carbon cycle is the result of the unique ocean currents in this region, which efficiently transfer heat and carbon from the surface to the deep ocean.

The ocean is … a chemical reactor. CO2 goes into the ocean.  It is fixed by plants or deposited as calcium carbonate, and through the very large-scale circulations of water around the planet (the ocean) is essentially processing the atmosphere and keeping the planet habitable. (6)

This groundbreaking film by the Natural Resources Defense Council: features Professor Ove Hoegh-Guldberg, Global Change Institute Director, University of Queensland as well as representatives of the Carnegie Institute, Stanford University etc. The documentary explores the startling phenomenon of ocean acidification, which may soon challenge marine life on a scale not seen for tens of millions of years. Understand a range of important facts that place our Industrial Age and its impacts within the history of the planet;  understand those impacts on the oceans over the last 250 years, and particularly in the past 50 years, as they have absorbed both heat and 530 billion tons of CO2, triggering a 30 percent increase in ocean acidity. 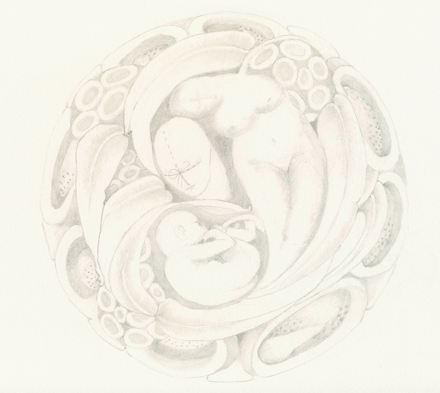 Speaking on a visit to Australia, Dr Sylvia Earle, oceanographer, explorer, lecturer, author, and known as Her Deepness because of the extraordinary number of hours she has spent in deep water ocean research, said:

I say the ocean is the blue heart of the planet. The ocean keeps us alive. How much of your heart do you want to protect. . .?

We should look at the ocean with respect and use it with great care. . .

We’re all using the ocean waters with every breath we take, every drop of water we drink.  The ocean delivers to us, not in terms of pounds of fish, but in life itself;  and that we need to acknowledge.(8)