A different perspective:  the role of the arts in telling important stories

At the Lynchpin Blog, May 25, 2013, you can read about Daniel Morden, professional storyteller, who gave the opening address at the 2013  Sydney Writers’ Festival.   His story about storytelling could have relevance to Lynchpin’s aims.   People can’t take the naked truth, Morden says, and with a simple tale he cleverly illustrates the point: it is about Truth and it raises ideas about the role of the arts in telling stories about climate change:  over and over in different ways.

Bringing two different disciplines together is an exciting and challenging prospect.  Conversations and collaborations between scientists and artists help to break down the exclusive language of both, with the aim of coming together to try to express important science in new ways. 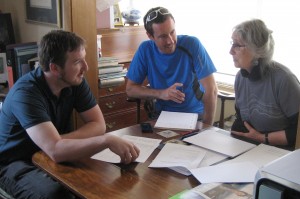 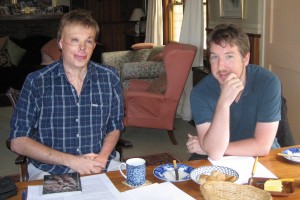 Rob Johnson, PhD Candidate, and Matthew Dewey discuss the “science score” that will run alongside and inform the “symphonic score”.

The first task has been for  Nick and Rob to familiarise Matthew with the key issues of their own science:  ‘the other CO2 problem’, ocean acidification; and  the vital role of phytoplankton in planetary metabolism.  Next step has been to form a narrative overview of the oceans: the extraordinary role they play in supporting all life.  Gradually the various aspects of this amazing story become the basis for symphonic movements: a musical score will sit alongside a science score.

We have been involved in a really interesting process …. challenging and enlarging in many ways. Rob Johnston encapsulates the project in the following way: What do I see when I look out to our blue horizon?  There is only one answer: LIFE!

Sarah Owen and Jenny Manners of Sarah Owen Designs have become the third arm of this venture in science, composition and design.  The visual arts component of the collaboration was to produce a CD booklet and web-booklet, that would bring together a synopsis of the science narrative, comments from composer Matthew Dewey, and explain something of the overall rationale for the ex Oceano collaboration.  You can see the booklet: exOceanoBookletwebformat.

Tasmanian artist Michaye Boulter generously allowed us to chose from a selection of her marvellous ocean paintings to create the visual impact we hoped for in this booklet.   Jenny Manners brought these into a design mix of works by Michaye and Sue Anderson bringing together a sense of the vast and powerful ocean and within, the life supporting micro organisms constantly at work supporting life.

Sarah and Jenny have been invaluable in this venture. Sarah’s advice and expertise fine-tuned and brought the whole production into readiness for Replicat, Melbourne.  We’ve all learned much along the way and remained friends throughout the process!

For availability of the recording go to ex Oceano. 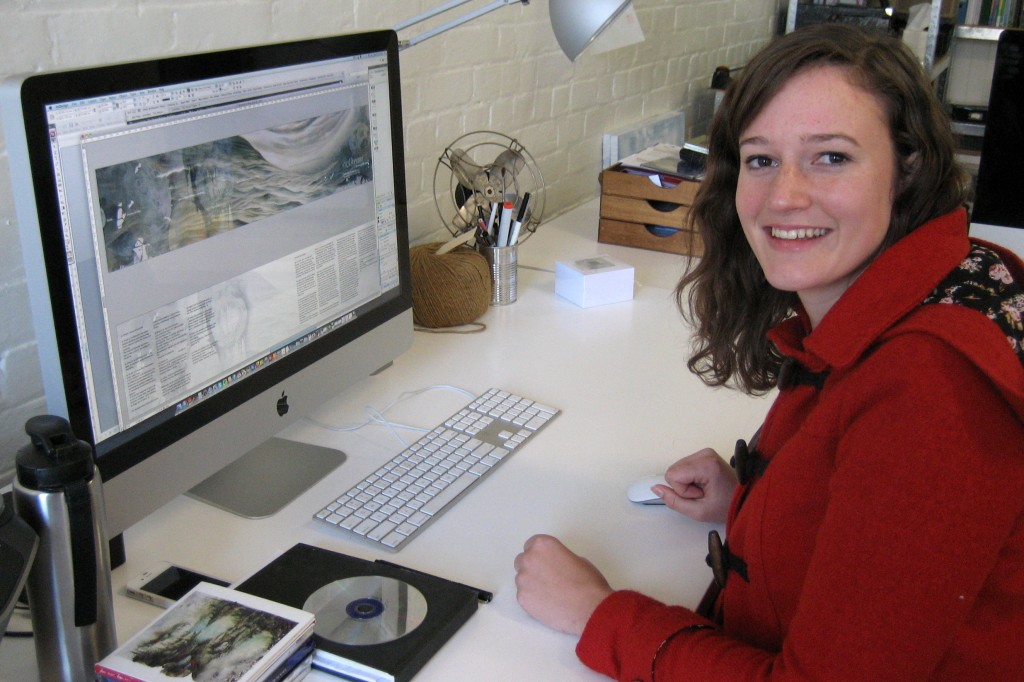 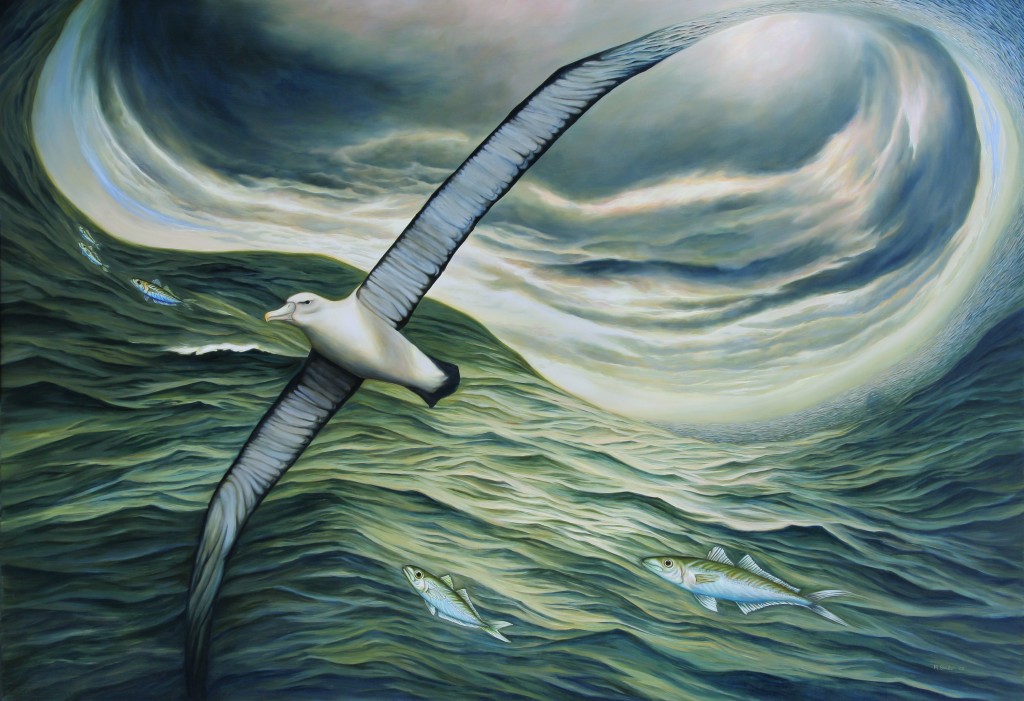 a bird haunts the ship,

its breast whiter than yours,

blank as the first snow,

in an enormous arc,

a beacon blazing its brilliance

in this bleak light.

Link also to Adrienne’s poem The Bells – (Ornithocercus steinii) at Poetry within this site.

Visual artists respond to issues of climate change or are moved by the ocean story: its vast and significant forces, its lynchpin role for the planet – or seek to express the quieter mystery and reflective quality the long view over the ocean brings us humans. 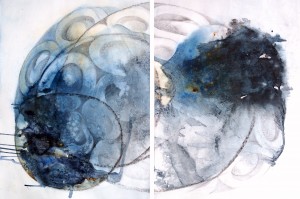 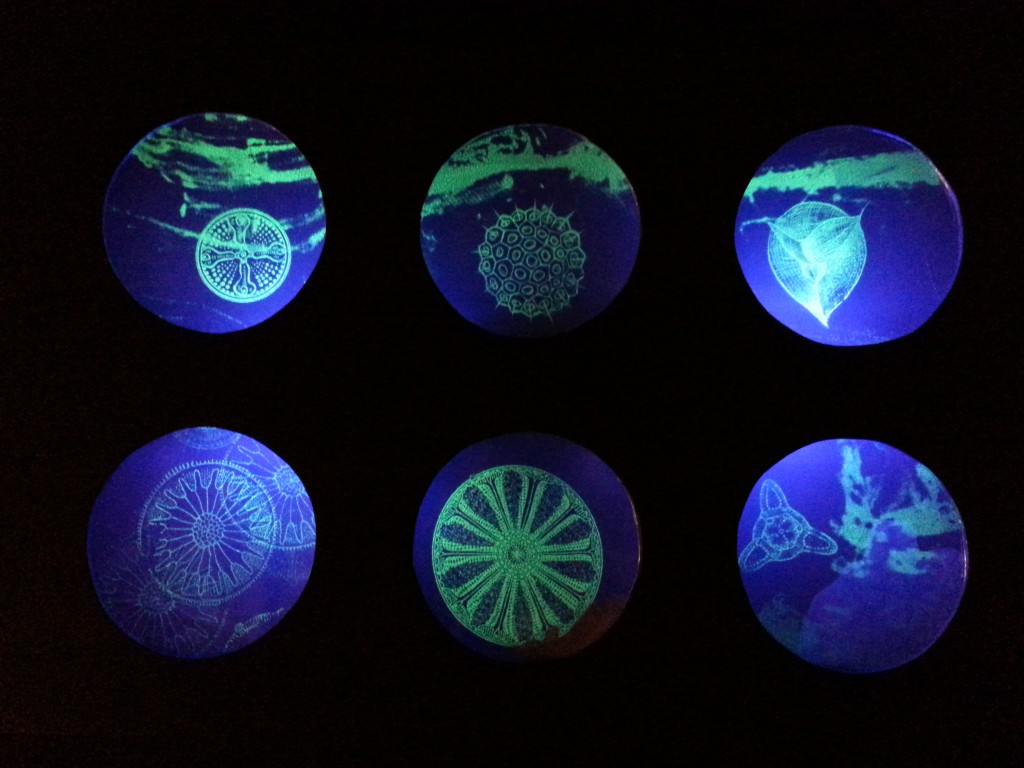 Dispel 2013 digital animation, 2min 30sec Animator: Professor Tim Senden Music: Thecosomata Composer – Hannah Wolfhagen Viola – Hannah Wolfhagen Piano – Michelle Els Creative Direction: Melissa Smith Melissa writes:  The new works build on the Dissolve series, which advances earlier explorations into the tilt in our natural environmental balance. The catalyst for the production of this series was reading the paper, Krill looks and feelers: a dialogue on expanding perceptions of climate change data (Roberts & Nicol, 2011), which introduced me to the potential loss of the pteropod, commonly known as the sea butterfly, a species indicative of the ecosystem health of the Southern Ocean. Inspired to learn more about this creature I established contacts with scientists in Hobart and Canberra, Australia and Seattle, USA. These relationships have enabled an exchange of information and data allowing me to better understand the consequences of ocean acidification. Through these collaborations I have gleaned a greater insight to the work of the scientists, who in turn have embraced the opportunity for their research findings to be visually interpreted and communicated to a broader audience. Through our different research and expressive methods we contribute to making sense of climate change.

Contacts grow around the world, and Eveline Kolijn put’s us in contact with Artist Annalisa Vobis, USA.  Annalisa’s apparently sublime series  Zerbrechlichkeit (“fragility”) is an illuminated floating paper installation that confronts us with an apocalyptic situation – the de-calcification of shell animals (see articles at The Science behind the Making of a Symphony). Vobis comments, the artworks are created as places for discussions and the search for future environmental solutions. Can we stop the rising of the acid levels in our oceans?  Annalise allows her work to be shown here within this collaboration between composer,  artists and scientists all combining to tell the story of the ocean in a different way – through sound and vision, seeking to touch our empathetic capacities.

<Return to ex Oceano drop down menu for more about the making of the symphony.